Our daughter Cecilia was diagnosed with Wilms Tumor on April 5, 2013 just before her 2nd birthday. Of course we were devastated, but the doctors assured us because of having a low risk tumor with favorable histology and still only being stage 1 that with the regular protocol of chemotherapy she would have a 96% survival rate. So, she went through surgery to remove her right kidney along with a 2.5 pound tumor. She then underwent 20 weeks of chemotherapy.

Tragically, only five months later on February 28th, 2014 she relapsed with complete metastasis covering and collapsing her right lung. At the time, she needed a chest tube to remove the blood and fluid that had filled her chest cavity. She then had to begin eight rounds of radiation therapy to both lungs and underwent a much stronger and lengthy chemotherapy, but after only eight weeks into treatment her liver enzymes became dangerously high, causing her to miss over two months of treatment. With no other options other than experimental chemotherapy with no real statistics and no guarantee to her liver, we as parents made the difficult decision to leave the treatment and treat her 100% holistically.

At the end of April, 2014 Cecilia started using a combination of both CBD and THC Cannabis Oils from Myriam's Hope, a medical Cannabis collective in southern California. Of course we were scared but hopeful cannabis would help our daughter beat this disease. Before we left conventional treatment we had a CT scan of her lungs still showing three nodules measuring at 4.2 mm, 8 mm and 1.62 mm. In October, just three months later, we had another scan to make sure nothing was growing and incredibly she had over 3 mm of shrinkage, the 8 mm was now 5 mm, the 4.2 mm was less than 2 mm and the 1.62 mm could no longer be seen.

She has continued on Myriam's Hope Cannabis Oils and not only has she remained cancer free but she has gained close to ten pounds and lives a very active happy life of a regular 5 year old child! We truly believe without Cannabis Oil we would not have our daughter with us today, not only did it save her life but helped her regain her health a vigor and give her the quality of life she deserves!

Thank you to Myriam's Hope for sharing this Success Story! 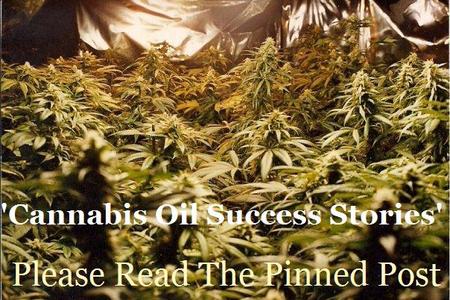