"I began applying Cannabis Oil to the lesion one evening, as I was tired of wondering what the lesion was and didn't want to wait to go back to a V.A. to get an official diagnosis. Within two weeks, the lesion was basically gone, flush to my face and no sign that there was a lesion on my face." 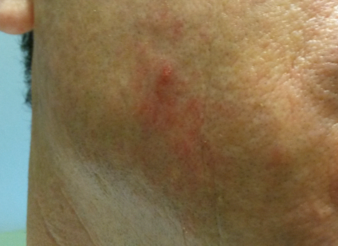 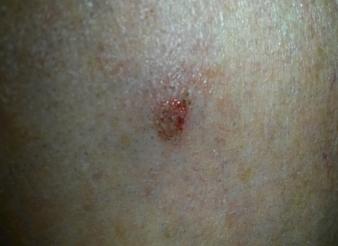 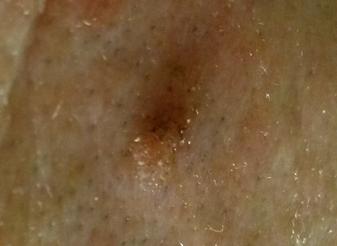 No medications or treatments were taken. 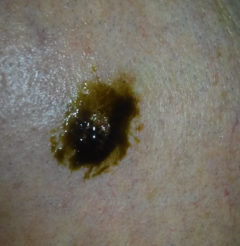 "The lesion on my face developed over a course of a few days, appearing as if it was a blister, only solid. It would bleed if I shaved too closely, and it appeared to me to be an abnormal growth. The dermatologist at the V.A. suggested it was an age/experience mark but I believe it was more."

"As you can see from the photos, the area was covered completely with Cannabis Oil, but the area was about the size of a corn kernel and it didn't take a lot to cover the area. About one gram is all it took, which is about $40 retail." 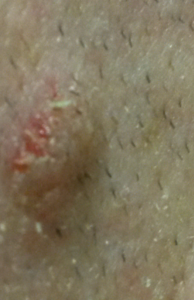 "I used about a gram of Cannabis Oil over the course of two weeks. The Cannabis Oil was high in THC and as THC kills cancer cells, this is what I hoped would work and it did." 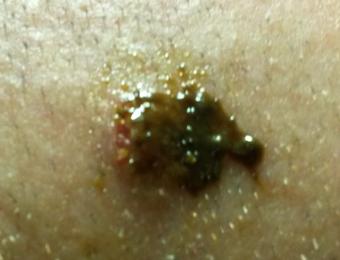 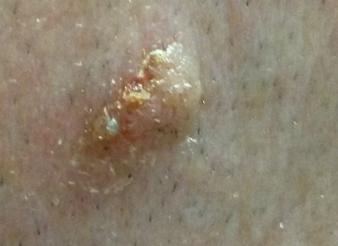 "I shouldn't have procrastinated and should have applied Cannabis Oil at the onset of the formation of the lesion. It was three years later that I decided to try topical Cannabis Oil on it and I'm amazed at the results. I wish I hadn't waited but will now use Cannabis Oil on any topical skin concerns, as well as any pain issues as I have used in the past."

In His Own Words 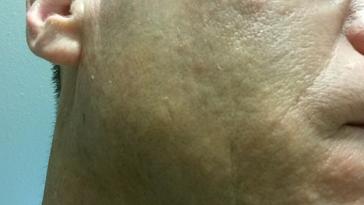 "I went to the V.A. in 2013 and showed the dermatologist a lesion that developed on my face over the course of a few days. It wasn't diagnosed but was solid, raised and a quarter inch in length."

"I have been studying Cannabis since leaving the Marines in 1993 when I learned of the EndoCannabinoid System and its presence in all animals. It's been a passion of mine to discover the healing aspects of Cannabis compounds and share my knowledge with others, which is why I began Cannabis Oil Success Stories on Facebook and thus this website."