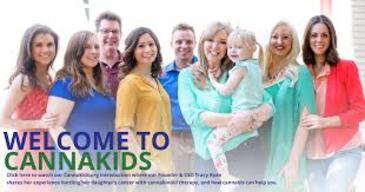 "After creating a Facebook page called “Prayers for Sophie,” a friend on Facebook put us in touch with Ricki Lake and Abby Epstein, who were filming a documentary about how Cannabis Oils kills cancer in pediatric patients. These women worked hard to surround us with the top oil makers and experts in California, and so our journey to healing our daughter began! "

"There were no treatments before cannabis. Three ​months prior to the beginning of Sophie's chemotherapy treatment, she began cannabinoid therapy." 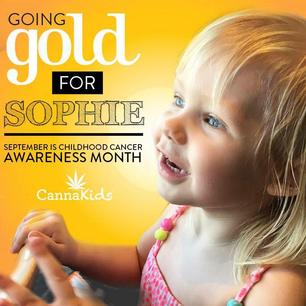 "Hands down, Cannabis Oil has saved my daughter in more ways than I could ever imagine or explain! Putting her on Cannabis Oil at such a young age, prior to starting chemotherapy, was the best decision our family ever made. "

"No medications or treatments prior to Cannabis extracts."

"Her initial target dose was 450 mg at a ratio of 2:1, THC:CBD. We then changed it to a 1:1 ratio and saw very little differences in the amount of shrinkage that occurred. We then changed it to a 3:1 ratio, CBD:THC at 400 mg of total active cannabinoids per day, and also layered in 50 mg of THCa into the regimine - this was adjusted this way to try to stop any potential tumor growth that would be a direct result of her hitting intense growth spurts, which in return feed the tumor."

In Her Mom's Own Words

"The only side effects she ever had was a little sleepiness that completely went away as she acclimated to the oils, and hunger, which is amazing since the chemotherapy can affect her appetite. Some of the miracles Sophie has experienced on Cannabis Oil are as follows: