"Dad was open to anything since he was given "weeks" to live. He says, "What did I have to lose?" We knew it would make him eat and drink fluids - that was enough for us!"

After witnessing her father's success with Cannabis, Corinne and her husband John Malanca formed United Patients Group and have helped thousands find answers to the various questions patient's have when considering whether or not to embark on the Cannabis treatment. Here is their Group, a fine resource and wealth of knowledge.

"There was no guidance that we knew of back then, we were the blind leading the blind. Our goal was simply to make dad comfortable until he passed. We were shocked when the doctors at Kaiser reported, "No Evidence of recurrent disease." Dad has had seven

lung and brain scans to date and they are all clear! Kaiser calls him the "Miracle Man." We designed our company to guide and educate the medical community as well as the public. Our curriculum is accepted by the AMA - CME/CE courses."

"Ohana coconut oil capsules - about 10 mg total - Results came right away. He was out of bed within 24 hours eating like a teenager. One week later he was off all oxygen. He continued this regimen for six months. At that point we added Full Extract Cannabis Oil."

Stan Rutner and his daughter Corinne, who encouraged him to try Cannabis extracts. 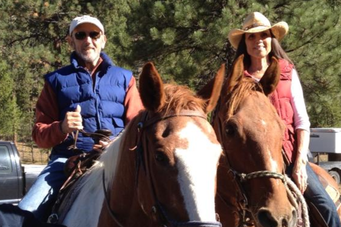 "Cancer free after nine months of treatment. It has been almost FIVE years!"

In His Daughter's Words

"One-third of an Ohana capsule once per day to increase his appetite. He continued this regimen for six months. At that point we added Full Extract Cannabis Oil at a ratio of 4:1 THC-to-CBD. His daily dosing was one drop under the tongue at night only (the size of a half of a rice grain)."

"My dad had gone through chemotherapy and radiation of his lungs and brain. When he finished the conventional treatment, he was diagnosed with radiation Pneumonitis - a form of pneumonia brought on by damage from radiation. At this point, they sent my father home on hospice with "weeks" to live. Dad was wasting and on full time oxygen - bedridden for the most part." 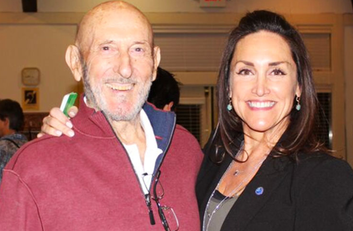