"We give Ava Charlotte's Web CBD extract. Our decision to use it was related to Charlotte Figi's success with it and Charlotte, having the same syndrome as Ava, gave us hope we could have the same success with it. I know it contains CBD but I do not have the finer details about it."

In Her Mom's Own Words 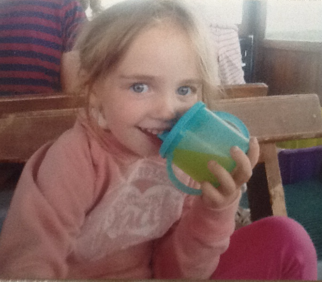 "Ava gets Charlotte's Web twice a day; morning and evening. The dose is based on her weight, and we were helped with getting correct dosage for Ava via the Realm of Caring website and The Hemp Store on Capel street in Dublin where we purchased the oil for Ava."

"Since beginning Charlotte's Web in October of 2016, Ava has had seven seizures in October, nine in November, five in December, and three in January of 2017. She has not been admitted to the hospital once since she began Charlotte's Web nor has she needed bucel Midas since October. She has not had to be put on oxygen and we have had no visit from ambulance she is speaking more standing better walking better her school has noted the improvement in concentration her appetite has improved and what I feel is very important she is smiling more and able to play more with her two younger sisters and brother who also adore her."

"Our little girl, Ava, was diagnosed in 2010 with Dravet Syndrome, a rare and intractable form of epilepsy, described as drug-resistant. It involves severe development delay and uncontrolled seizures."

About The Cannabis Medicine(s)

"Cannabis has altered our existence. Cannabis in a medicinal form has given my daughter, Ava Barry, the opportunity to have a life that is not ruled or controlled by epilepsy. It has given my daughter an opportunity to see the world without pain, without holding her body because her muscles ache. It has given her the chance to let the wonderful person that she is shine through. Her smile is broad and her eyes exhibit more understanding and liveliness. Cannabis has reduced the terrible fear that was palpable in our home. We can now arrange little trips to Macroom or Cork without as much fear that Ava will have a seizure. It has allowed our other children to have their sister to themselves without having to worry about Ava going to the hospital for "big medicine" as Ava's sisters and brother are all five and under the ongoing interruption of hospital oxygen masks ambulances and seizures are now not as much a feature of our lives.

Cannabis has set our family free, allowed us to begin a new type of life where we know of course Ava's condition is not cured, but Cannabis has given Ava such a significant improved life that all the people around her have an element of enjoyment that was sadly absent before. Cannabis has altered our lives and I truly hope a day comes when other families faced with the same condition or similar will not have to fight so hard to get a medicine for their small child that really works."

At about two years old, Ava experienced a week-long coma following a number of seizures. She had just learned to walk at this time and we were incredibly proud of her. The seizures resulted in her losing the ability to walk and it took another twelve months before she walked again. The coma also robbed her of her first word which was "nice" and she didn't say the word for another eighteen months. Ava made her way through eleven different anti-epilepsy medications before we were told in October 2015 that no other medication was available to help Ava. We asked doctors what do we do now, and they said "take her home." I became frantic and asked them "home to what." They replied "there is no more medication, we have tried everything."

In November 2015, Ava had a heart attack after eighteen seizures in nine hours. Again, our daughter nearly lost her life, it was another horrifying experience. I will never forget the journey to the hospital from home where I had returned just a few hours earlier. Collected by a close relative we raced to the hospital and received a call on the way from Ava's doctor to hurry, we needed to get there fast. On arrival I discovered my husband in pieces, crying, and I thought seeing him in this condition,that Ava had passed away, but again the steel in my daughter came to the fore and she fought back like many other parents have seen their children do. She recovered and thank God we brought her home, and 2016 continued with seizures, ear infections, colds, seizures, ear infections, seizures, then no infections at all, then more seizures, and beyond that more seizures; we had no hope.

To get medicinal Cannabis we contacted political people, radio stations, and TV in an effort to access medical Cannabis for Ava. We had meetings with government officials, however progress was slow. In September of 2016 we were made aware that Charlotte's Web was becoming available in Ireland, so we went to Dublin and purchased a bottle. After more than four years of research into medical Cannabis, we were still worried we would do the wrong thing for Ava but at the end of September, Ava suffered twenty-three seizures in thirty six hours and we decided that CBD was our next option..." 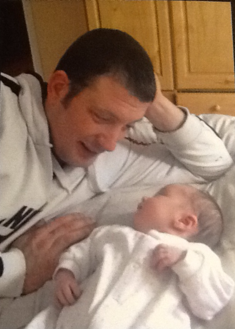 Ava's mom, Vera, telling her daughter's story and how Cannabis works to give her daughter a quality of life 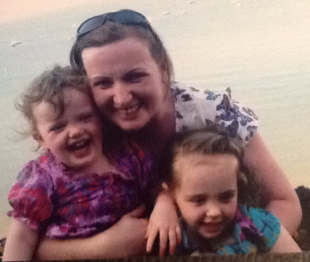 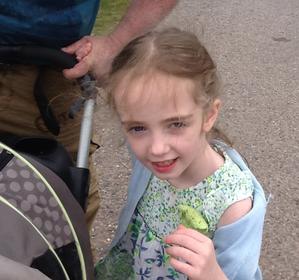 "I found out about Cannabis via Dravet Syndrome Facebook pages in the US and Canada, through Rick Simpson, Sanjay Gupta, Manuel Guzman, Cannabis clubs in the US, Ireland, and the United Kingdom. Also through contacts that I made at meetings, and information regarding medicinal Cannabis at the University College Cork and the Cork Institute of Technology. I spoke to The Hemp Company on Capel Street in Dublin, Ireland and to Paige Figi, Charlotte Figi's mom. I spoke to Joel Stanley and the staff at the Realm of Caring, along with the website. I read New Castle University professor Mike Barnes' report, and contacted many wonderful people in the United States, among many others." 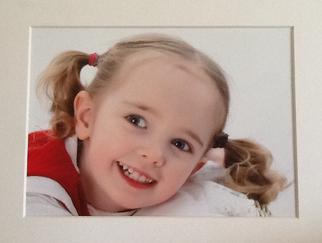