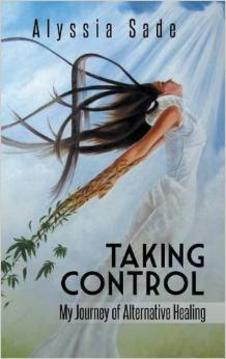 "We worked up to one gram of Cannabis Oil a day, far too quickly, as we only had a 12 week period to take it in the UK, where we acquired the Cannabis Oil. The side effects of this heavy dosing took a toll on Trevor but he persevered and is now cancer-free for the third year."

In His Own Words 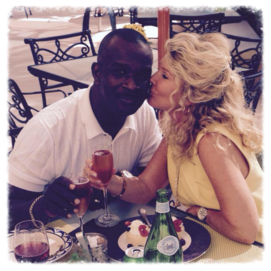 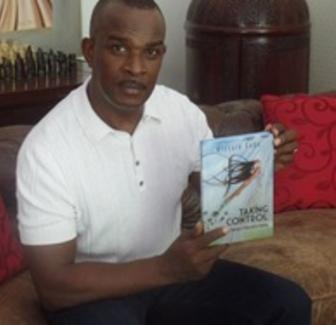 "I learned about treating with Cannabis Oil from the Internet, from places like Cannabis Oil Success Stories on Facebook. "

Using a pen name, Carol wrote the book "Taking Control" about their journey together battling Trevor's cancer. You can order the book at several online locations. Here is a link to her book, as Alyssia Sade.

"The Doctors recommended Trevor remove his bladder, prostate, some intestines to fashion a neobladder, have chemo and radiation, which would have left him impotent, incontinent for up to a year and very, very frail. I researched about what this operation did to a man and it was very grim. He would have a urostomy bag catheterised until the neobladder is built. This would have been done in stages so many hospital appointments and operations to complete what they wanted to do to him."  Carol Smith, Trevor's wife

"The Cannabis Oil we used was a high grade THC Indica strain from the U.S."

"Health was good because of a complete diet change and supplement regime, including Cannabis Oil. We decided against everything the Doctors recommended."

"I felt that Cannabis Oil was the last piece of the puzzle to help heal my Cancer;

I felt it working, like a tapping inside my body. I may have taken too much too quickly and it honestly was the hardest part of my alternative treatments. We live in a Country that does not allow for any tolerance of using drugs, so I could not maintain the recommended dosing treatment.

The Cannabis Oil did not work in the way we thought but I honestly believe that the Cannabis Oil flushed out all of the hidden tumours which were waiting to be shown. When we finished the Cannabis Oil treatment we were devastated that over 23 tumours were found, but then we quickly realized what had probably happened. We had the tumours lasered off and carried on with all other supplements and lifestyle change. I am now cancer-free for three years and I have every one of my medical records to prove everything I say."  Trevor Smith, Cancer-Free

Trevor Smith, age 52 at the time of his diagnosis of T2A Bladder Cancer, holds a copy of the book his wife wrote about their journey of treating his dis-ease with natural remedies, including Cannabis Oil.