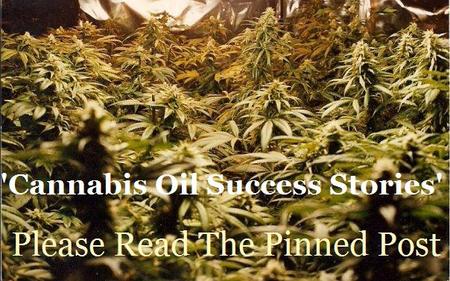 In May of 2012 the "Cannabis Oil Success Stories" Group on Facebook was created to collect testimonies from patients who were using Cannabis Oil as their primary treatment for their health condition(s). Since the Group's inception, there have been tens of thousands of interested members who've joined to discover information and anecdotal evidence that Cannabis does in fact work to treat all types of dis-ease, including cancers and seizure disorders. As of July of 2016 there are more than 72,000 members of what is believed to be the largest Facebook group of its kind and the number of patients benefiting is growing exponentially.

The collective testimonials presented here are valid, and no patient was solicited to make false statements for personal gain. Many of the stories are from the Cannabis Oil Success Stories group, with permission and input from each patient, and others can be found in other locations on the internet. We expect to have more than 100 Success Stories hosted by the end of summer 2016.

Thank you for following your initial interest into Cannabis medicines, we hope you will find comfort in the stories of those patients who are pioneering the revitalization of America's long lost remedy, as they truly are taking risks and making history for the future.